Québec - Région de Québec
Ôrigine Member for 3 years.
An award-winning 4-star hotel located at the doors of Old Quebec City, with an indoor pool and 2 outdoor hot tubs open all year round!

Experience the calm of the Plains of Abraham
and the buzz of the Grande Allée!

This big hotel in Québec City is ideally located at the heart of the city, directly on the Grande Allée and a few steps away from Old Quebec City! The Hôtel Château Laurier Québec promises you a unique stay that will meet all of your expectations!
Discover these packages Book online
A grand hotel located on the Grande-Allée 1 — 5
An incomparable charm 2 — 5
Near the parliament and the Tourny fountain 3 — 5
Right next to the Plains of Abraham 4 — 5
Take a look at the observatory! 5 — 5

Neighboring the Plains of Abraham, the Hôtel Château Laurier Québec occupies a prime location. This unique place, close to everything, allows you to be at the heart of events and attractions in Quebec city.

Culture occupies a predominant place at the Hôtel Château Laurier Québec. By collaborating with the artistic domain of the region, the hotel is dedicated to his development as well as his influence.

Advantageously located, this hotel exceeds the requirements of the most ambitious, eager to take up new challenges, with incomparable service and hospitality.

What to see & what to do nearby

Plaines d’Abraham : Site of major battles, the Battlefields Park includes the Plains of Abraham and Des Braves Park. Apart from its historical past, the park is to Québec what Central Park and Hyde Park are to New York and London: a city park of outstanding value, the lungs of the city.

Comfortable and warm: a real cocoon. La Classique offers traditional decor and a warm atmosphere. In single, double, triple or quadruple occupancy, it will ensure your comfort for your stay.

Functional and modern: look no further. Small room, ultra functional, ultra bright, ultra comfortable and resolutely urban. She will welcome you for the desired number of nights and ensure your peace of mind for a perfect rest.

The Contemporary 1 or 2 beds

Bright and up to date. Spacious and modern in style, the Contemporary room will charm you with its comfort and large windows. Enjoy a splendid view of the Plains of Abraham or the Jardin des Quatre-Saisons to relax.

Warm and bright: perfection. This spacious room has its own gas fireplace to allow you to relax alone or with your partner. You will be charmed by its luminosity and its view of the Manège millitaire, an emblematic building of Quebec City.

Where luxury meets great comfort. This room offers its visitors a warm loft atmosphere, a panoramic view of the St. Lawrence River and the Plains of Abraham, all in a sober and timeless decor. The suite lends itself to many occasions, from a wedding anniversary celebration to a business meeting. Its ideal configuration will give you all the privacy you need, even if you have a few guests.

A place of luxury and great comfort, the presidential suite at Hôtel Château Laurier Québec has a huge fireplace and a dining room that can seat 12 people. Its large windows offer a striking view of the Plains of Abraham. The layout of its adjacent bedroom and large bathroom will keep your privacy during receptions.

Treat yourself to luxury 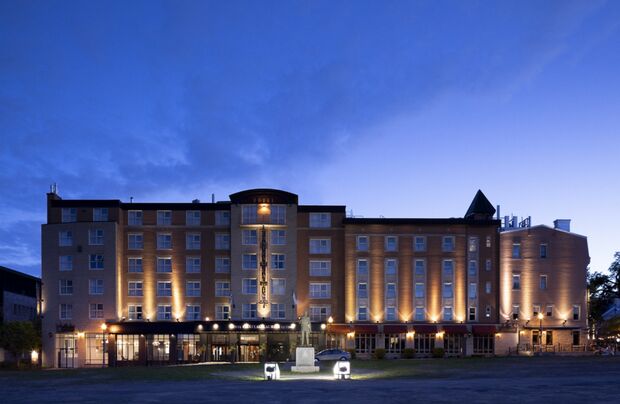 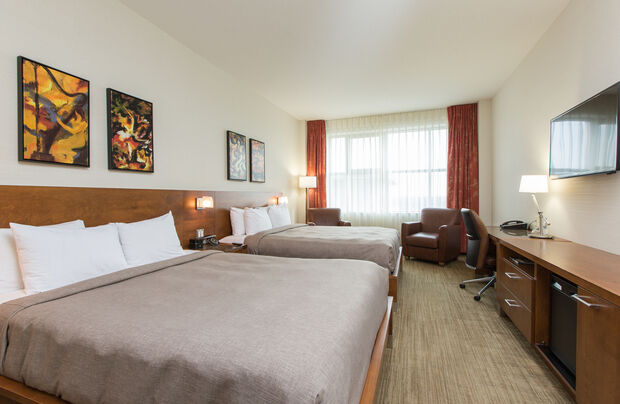 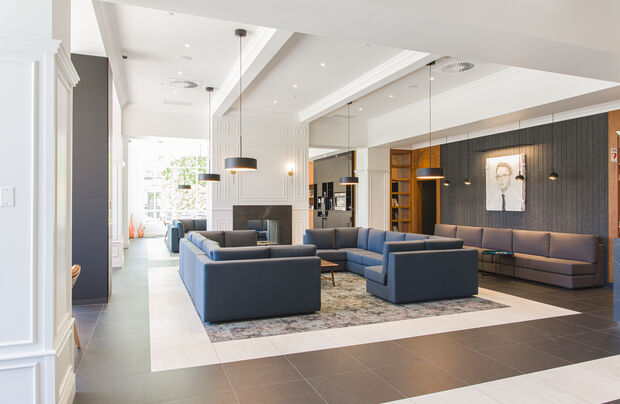